Cattle Improvement Program of Texas (CIPOT) is a value-added initiative by Texas cattle producers to increase product quality when marketing their cattle, be better equipped to keep pace in an evolving market, with the ultimate goal to increase profit in their cattle operation. This initiative is being partnered between regional county extension agents with Texas A&M University, east Texas veterinarians, Texas feed suppliers, East Texas Livestock and the heart of the initiative: cattle producers.

As we’ve seen in recent years, weaned cattle aka “value-added” cattle have become much more in demand due to pressure by the industry, fluctuating calf prices, and rising feed/medicine costs. Although there are several different opinions about weaned cattle and the true “benefit” on the profit side is debatable, one thing is certain: weaned cattle are more desirable in today’s market and help improve the industry’s beef quality if handled properly.

The CIPOT sale is located at East Texas Livestock, which is strategically located in the heart of cow-calf country. Having been in business in the same location for over 38 years, there have been strong relationships founded with buyers and the quality of cattle have stood the test of time proving to be a desirable place for cattle purchases from buyers not only in Texas, Oklahoma, and Louisiana but states all across the south. Proudly offering more buyers than any other sale in East Texas, the buying power allows the market to be set each week and speak for itself. Building on this reputation, we have a good foundation to offer these value-added cattle to buyers.

The market reflects the time, effort, and money put into weaning cattle so we try to recognize those things as well by selling the cattle in the most attractive way we can to buyers.  At most other sales, value-added or “weaned” cattle are typically tagged, sold one by one in the mix of all of the other cattle that are brought in, and not recognized as weaned cattle when being auctioned off.

At East Texas Livestock in the weaned CIPOT sale, we ask that the cattle arrive before 12 noon the Monday before the sale so we can sort the cattle into uniformed lots that are more attractive to buyers. We do not tag these cattle either, which is also a desirable service to buyers. We sort the cattle into groups because it helps draw in more buyers that come to purchase a certain type or number of cattle. They can sit there and see the exact type group they want to purchase and buy them all at once versus having to piece them together one by one like most other sales force them to do.

Another service East Texas Livestock offers that is unfound in any other facility is the advertisement of these weaned cattle. Pictures, videos, descriptions, weights, number of head, and vaccination information are not only announced in the ring before cattle are sold but also passed along to buyers the day before the sale so they know what to expect and describe the cattle to their customers before ever showing up to the sale.

Having more than four acres under shed and the capacity to handle 5,000 head of cattle, East Texas Livestock’s facility is the prime location for large numbers of cattle to be sorted, handled, fed, and auctioned off. The design is most favorable for ease of movement for cattle. From angled pens (which prevent lots of chipped hips and bruising on cattle being shuffled around) to clean water troughs and feed bunks, there has been careful consideration in having a top-notch facility to sell value-added cattle.

Difference in unweaned and weaned cattle that were sold on the same day. These cattle were placed in front of the same buyers that had both weaned and unweaned orders. All cattle were sold in the same location, same market, and no variances to sway figures one-way or the other. 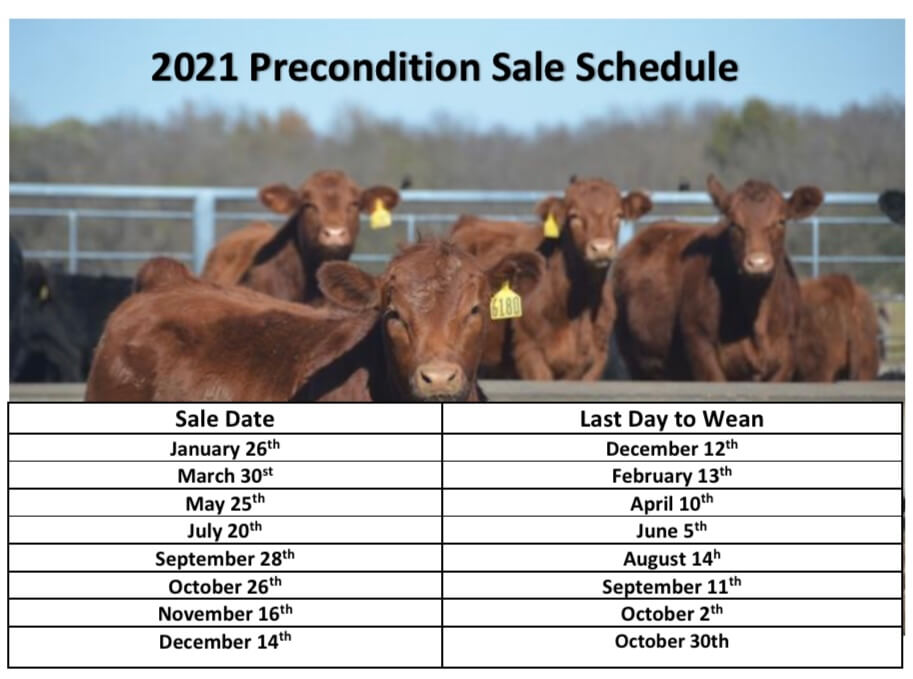